Solution to a Scanning Problem

From previous blogs (See: Scanning problem with new HP Officejet) you know that I have an HP Officejet Pro 8600 Plus All-in-One Printer. One day when I was scanning something that was very dark I noticed that there was a new vertical line about ¼” wide that was lighter than the rest of the background in my scan.

I immediately went to the Hewlett-Packard website to find out what solutions might be available for this problem. The web page to start from is here. It easier to enter your product number than try to wend your way through the model names and numbers to get to your particular printer. 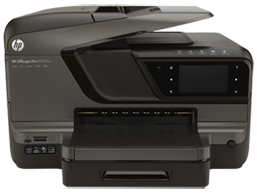 Once I had done the troubleshooting that the website recommended, my next solution was to use the form on the website to send an email to Hewlett-Packard’s support. To get there I clicked on the Support link. On this page you are given four choices: self-help, e-mail HP, Call HP, and Interact online with HP. I selected the "e-mail HP" choice.

A short while later I got an email in my inbox indicating that the email I had sent to Hewlett-Packard has been bounced. Apparently, there were problems with the address to which it was sent or something. So HP’s web-based email for problem solving did not work for me.

So the next day I used the telephone and called Hewlett-Packard support. I got a very nice person who understood when I told him that I had gone through the troubleshooting steps. He took me to the next troubleshooting step which was not presented on the website. He wanted to know if the printer was plugged directly into a wall outlet. I said no. So he asked me to do that. This meant I had to move the printer off its normal location and carry it across the room to a wall outlet.

Once I had done that and the printer was warmed up, he asked me to just simply copy something. I found something dark to lay on the glass and copy it. When I looked at the results, the light bar was gone!

I didn’t understand why plugging it into the wall would make any difference. He explained that there are surge protectors inside the printer and therefore, you do not need to have it plugged into a power surge protector. In fact, doing so can rob the printer of sufficient power, which can result in a bad scan.


So after hanging up, I moved my printer back to its normal location and after some manipulation had unplugged it from the power strip and plugged it into an extension cord instead.

The next day when I had something dark to scan the light streak was back!

I called Hewlett Packard support back and got someone else, but they were able to pull up my records and see what the history was on this printer.

I told him that I had plugged the printer into an extension cord since the regular cord that comes with the printer would not reach the wall. He asked me if anything else was plugged into the extension cord and I said yes. So he asked me to unplug the other items from the extension cord. That did the trick. The bottom line is, you have to have the power coming directly into the printer with nothing else there. It has to have the full power coming out of the wall. Now that I’ve had it pounded into my head what I needed to do, I haven’t had any more problems with light streaks in my scans.
Posted by Unknown at 3:55 PM 1 comment: